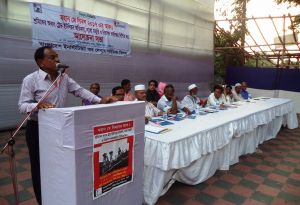 A discussion meeting was organised by BILS observing May Day 2017 on May 5, 2017 at Kobi Nazrul Mancho of Chittagong DC Hill. 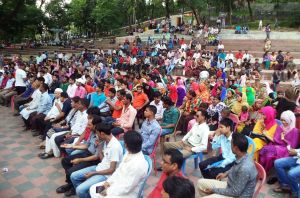 Mentioning workers as an asset, speakers urged the workers to be united by forgetting all clashes among them to protect their rights.