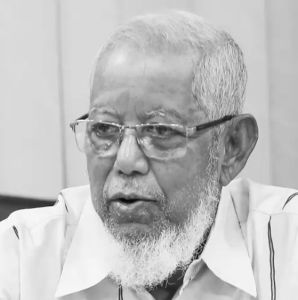 Joint Secretary-General and Executive Director of Bangladesh Institute of Labour Studies-BILS Md. Zafrul Hasan, the leader of the struggling trade union, died on Monday, April 6, 2020, at 12.15 pm while undergoing treatment at Apollo Hospital in the capital (Innalillahe wa Innailahe Rajeun). He was 74. He has left behind his wife, two daughters, relatives, friends, co-workers and a huge number of well-wishers.

He had been suffering from cancer for a long time. Until his death, he spentে his career battling against cancer. He was admitted to the hospital on March 8, 2020 when his condition deteriorated.

BILS Chairman Md. Habibur Rahman Shiraz and Secretary General Nazrul Islam Khan expressed their deep condolences on behalf of BILS family on the sad demise of Md. Zafrul Hasan and said that his death had caused irreparable damage to the trade union movement in Bangladesh and internationally. They urged all to pray for his departed soul and said that Md. Zafrul Hasan has worked for the welfare of the workers throughout his life. They mentioned, his death caused irreparable loss to BILS and the trade union movement of Bangladesh. The working people of this country will never forget his contribution, they added.

Md. Zafrul Hasan was born on February 9, 1946 in Faridpur. His educational life started at Eshan School, Faridpur, He passed HSC from Rajendra College, Faridpur. He received Diploma-in-Engineering from Polytechnic Institute, Faridpur. He joined the Power Development Board as a Sub-Assistant Engineer in 1966 and retired at the same post in the 28th (did not accept promotion due to trade union involvement).