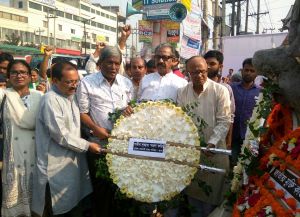 Hundreds of Trade Union activists and civil society members remembered the victims of Rana Plaza Tragedy on its sixth year and demanded proper compensation for the survivors and exemplary punishment of those who were responsible for this deadly collapse. Sufferings of the survivors of the world’s worst factory building collapse deepened as many of them facing various physical and mental problems.

The day was observed by BILS-FNV Project Cluster Committees and Sramik Nirapotta Forum respectively on Tuesday and Wednesday, while commemoration programmes were organised at Rana Plaza accident site in Savar and Jurain graveyard.

People from different walks of life went to those spots with wreath, while the injured victims organised mass candle lighting event on Tuesday night to remember their colleagues. They put floral wreath on graveyard and organised  human chain and discussion meeting on this occation.

Labour organisations and trade unions from protest rallies urged the government to declare the day as mourning day and establish a monument there in the memory of the victims of the worst industrial disaster of the world. 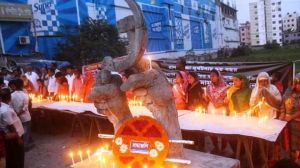 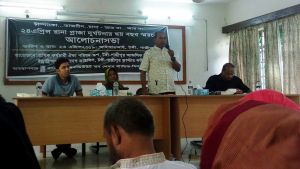