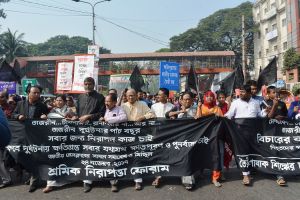 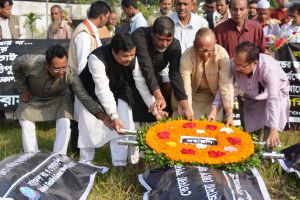 Sramik Nirapotta Forum-SNF organised various activities on November 24, 2017 to commemorate deceased workers of Tazreen Garments Fire which happened five years ago. In memory of those workers SNF paid homage to them at Jurain Graveyard early in the morning. A gathering and a procession were held afterward in front of the National Press Club. “We demand safe jobs for everyone, compensation and rehabilitation for the victims” with this slogan the rally was shrouded. 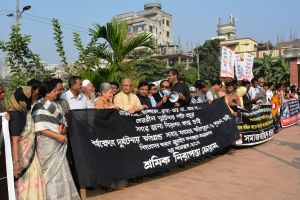 Speakers demanded to bring all workers under Labour Law regardless of formal and informal sector, to prepare a national standard of compensation and to ensure proper rehabilitation of the victims, to establish special unit at every hospital and specialised hospital for providing treatment to the workers affected by occupational accident.