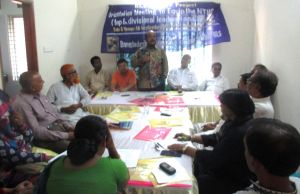 The meeting was organised aiming to inform the leaders of Trade Union Federations of Khulna region regarding CSR and to discuss as well as review the activities on BILS CSR issue.