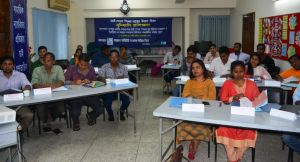 BILS, with the support of Mondiaal FNV organised a four-day long foundation workshop titled “Leadership Development at RMG Sector” on September 11-14,2017 at BILS Seminar Hall. The workshop was organsied aiming to protect workers’ rights and contribute effectively in union through developing skill of organisers at field level who are working in RMG sector.

The main objectives of the workshop were building the capability of the participants to play an effective role for workers deserving rights, identifying violations and preventions, to involve themselves actively in self union and union activities, to take solution plan and set implementing strategy jointly through identifying area based problems. 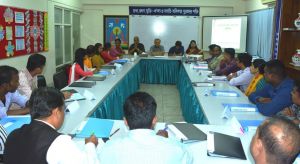