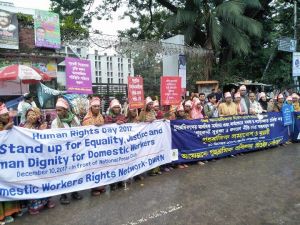 Discussants in the rally urged to government for taking steps to implement ‘Domestic Workers Protection and Welfare Policy 2015’ immediately and to stop torture on domestic workers all over the country.