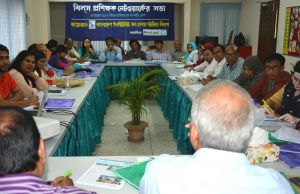 BILS Trainers Network Conference 2017 was organised by BILS with the participation of Trade Union Leaders on November 4, 2017 at BILS Seminar Hall to take their opinion and recommendations.