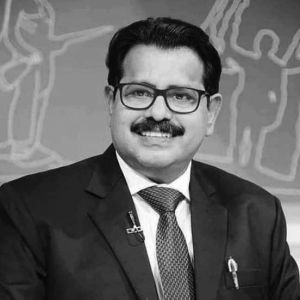 On behalf of the Bangladesh Institute of Labour Studies-BILS family Chairman Md. Habibur Rahman Shiraz and Secretary General Nazrul Islam Khan expressed their deep condolences on the sad demise of Md. Israfil Alam, MP. He was the Advisory Council member of BILS and the member of the parliamentary standing committee on the Ministry of Labour and Employment, as a struggling leader of the democratic and trade union movement Md. Israfil Alam, MP was elected 3 times from his constituency Naogaon-6. The BILS leadership said that the damage done to the trade union and democratic movement due to his death would never be remedied. It is an irreparable loss of the trade union and democratic movement. They also mentioned that he has always been a vocal voice for the working people. The leaders conveyed their deepest condolences to the bereaved family and prayed for the forgiveness of his departed soul. He breathed his last at the Square Hospital in the capital on Monday morning, July 27, 2020. (Innalillahe wa inna ilaihi rajeun). He was 54. During his death he left his two children and a widow with many of his relatives, fellow, friends and well-wisher.

It is to be noted that Israfil Alam, MP was actively involved in the labour movement and he was a vocal voice on labour rights in the National Parliament. He has worked with the BILS from the policy-making stage to the field level to establish labour rights. He was particularly involved with the BILS in establishing the rights of the informal sector and domestic workers. He was also the Chairman of the Bangladesh Parliamentary Cocus on migrant workers and he raised his strong voice for the betterment of the migrant workers’ rights & wellbeing throughout the world during his period. He was present at the last webinar on on the occasion of International Domestic Workers’ Day 2020 organised by Securing Rights (Suniti) Project on June 25, 2020.