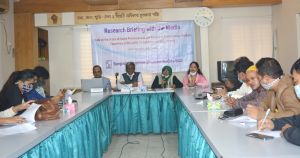 During the COVID-19 pandemic, 87 percent of Dhaka city workers lost their jobs in transport, shops and hotels, and restaurants due to the lockdown. Seven percent of the workers who lost their jobs are still unemployed and their average income has decreased by 8 percent. The data came from a research report by the Bangladesh Institute of Labour Studies-BILS titled “Study on the status of social protection and job security of private-sector workers; experiences amid Covid-19 pandemic and way forward”.

BILS conducted the research from April 5 to August 10, 2021. According to the research report out of the 87 percent job losers, 95 percent of workers are from the transport sector, 83 percent from shops, and 82 percent from hotels and restaurants. Some 93 percent of job losers were reinstated after lockdown. 7 percent of the workers are still unemployed. However, part-time jobs in these sectors rose as high as 215 percent during the lockdown period, the survey revealed.

The deficit between the worker families’ income and expenditure was 77 percent. Transport workers’ families saw the highest 97 percent deficit while it was 46 percent among retail shop workers. At that time, 20 percent of workers managed their living costs by selling properties, decreasing food intake, and sending their under-aged children to work. Some 80 percent of workers met their living costs through borrowing and spending from their savings. After lockdown, their savings declined by 64 percent, and the number of workers able to save money declined by 50 percent.

Presentation on the “Study on the status of social protection and job security of private-sector workers; experiences amid Covid-19 pandemic and way forward”