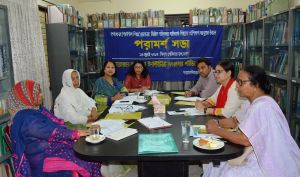 BILS, with the support of FNV organised a consultation meeting on development of training manual protesting gender and gender based violence at workplace on July 16, 2017 at BILS Seminar Hall.